Complimentary tips and tools to drive your success

The Freedom Fridays Podcast started as Pete Clark's weekly experiment with time and focus. Where the aim over an 8 week period was to reclaim Fridays and make them a day free from the constraints of work. 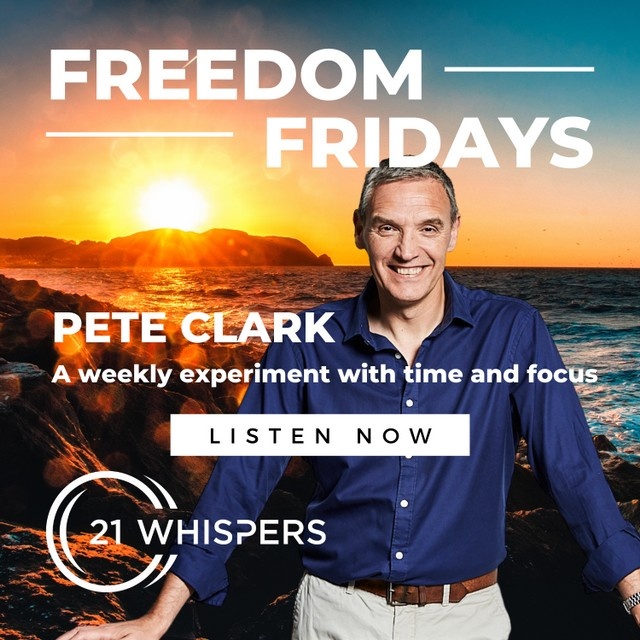 This week's episode reflects on the messy murky week that was.

Pete recalls Rosabeth Moss Kanter's HBR article 'Change Is Hardest In The Middle' and how he has felt really stuck in the middle the past week. He talks about being able to express what's going on without invalidating our feelings and his thoughts on desirability imbalance.

This week Pete feels like he's gone two steps forward and who knows how many steps back. He knows he's made progress but isn't sure how, why, where or when.

Pete takes a look at inner fulfilment vs. outer achievement and becoming more aware of the triggers that build him up or pull him down. He discusses time and whether we spend it or invest it. Pete talks through some productivity tips and tricks including the Pomodoro Technique and Mel Robbins' 5 second rule. He reflects on his thoughts of striving to know yourself more and know who you are. Pete also shares his decision to continue with the Freedom Friday's podcast experiment and why.

With a ‘Win Learn Change’ mindset Pete is starting this podcast off a different way. Summarising his week in a couple of words, this week has been an 'enlightening' and 'terrifying' week.

Enlightening because Pete has noticed how prone he is to picking up on the energy and beliefs of other people. He has discovered another productivity hack to help make the most of his Freedom Fridays. And Pete has reflected on the societal conditioning of often answering the question “How’s it going?” with “Good!” or “Fine, thanks”.

Enjoy this podcast as Pete digs a little deeper on each of this week's findings.

Pete looks at the week ahead and realises that this Friday is pretty full which helps to calm his mind, he enjoys being busy. Pete’s day is 50% filled with work and 50% play. This feels like a good balance.

Pete has received positive anecdotal feedback on his podcast from a few people. The feedback has been that people have found the podcasts ‘valuable’. Pete recognises that his interpretation of the feedback has taken him to a different place. Rather than being pleased that some are enjoying the podcast, he feels pressure to deliver more and be better.

Pete’s recently been a guest contributor on Clubhouse. Pete’s noticed the difference between driving the room and being a contributor as part of an audience and the feelings that come along with that.

Pete's 'winning week' appears to be working this week. He has been able to squeeze the important things into a tighter timeframe and add more life to the rest of his years - which was the original focus of Freedom Fridays.

Freedom Fridays is hopefully creating some space for different energies and opportunities to appear. It forces Pete to create space in his diary to allow things to just happen, instead of always being the driving force. When the space is ready, perhaps the opportunity will appear.
Prior to Covid, Pete was in the middle of writing a book. It's the book he has to write, to write the book he wants to write. Pete has used some of the space he had on Friday to pick up the book and make a new start on it. It's been a year since he last picked it up. Pete was reminded of Alan de Botton's phrase, if you're not embarrassed by what you were learning and knew a year ago, then you're not learning fast enough.
Pete talks about navigating the peaks and troughs in his business. Pete is trying to navigate the paradoxes of switching on and switching off and the paradox of feast and famine.
It's 21 Whispers' 5th birthday on 8 March. As part of this Pete will be releasing some of the lessons that he's learnt over the past five years on LinkedIn and Instagram. Over time Pete has realised that these are lessons that he continues to re-learn again and again and we look forward to sharing them with you.

Pete talks about his surprise at finding the only scheduled item in his diary for this week was the hold for Freedom Friday.

Pete also shares some new ideas on how he can use his Fridays to help others. He’s filled his cup up over the past few weeks and can now look outside and see what else he could be doing.

Pete reflects on his observations of the mind games he plays with himself and shares 4 main insights that he’s learned this past week.

Pete Clark explores adding life to his years by taking Fridays off from work.

Whilst Pete didn’t do as well as he had intended this week – only rating himself just above a pass – Pete lets you know what he achieved and the thoughts and inner-commentary that kept him from publishing his first podcast. Big changes don’t come easy. Pete is hoping that what he learns will help others make big changes in their lives.

I believe that time is our most precious and finite commodity. If the past year has taught us anything, it has emphasised this and the importance of time with family and friends. I'm also aware of Parkinson's Law which is the premise that work expands to the time that we give it. My experiment is to limit time by reclaiming Fridays to see if I can get done in four days what would normally take me five. 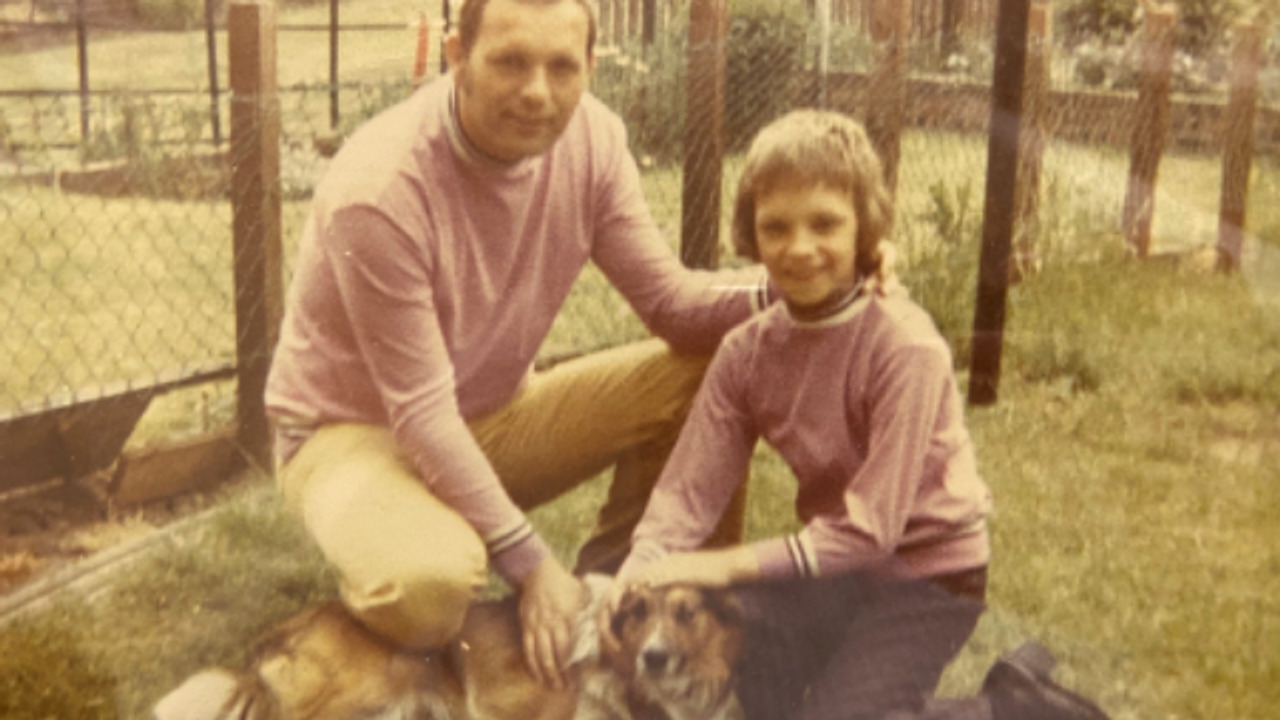 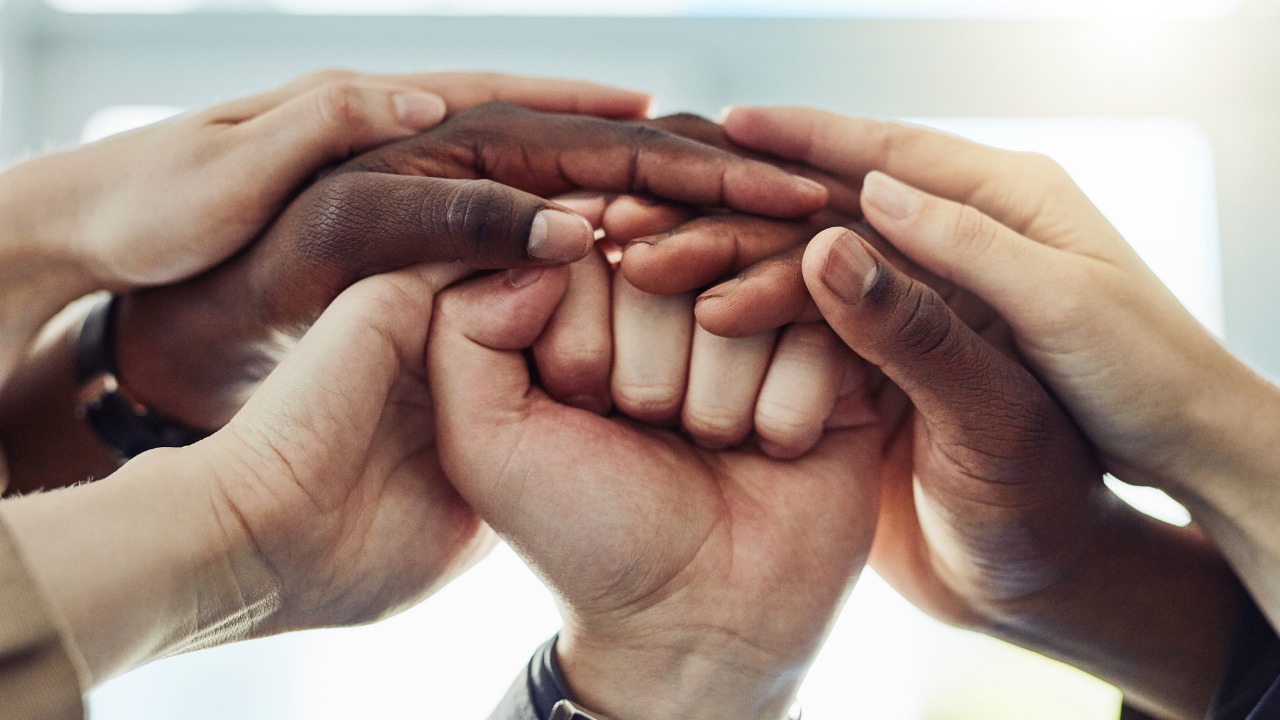 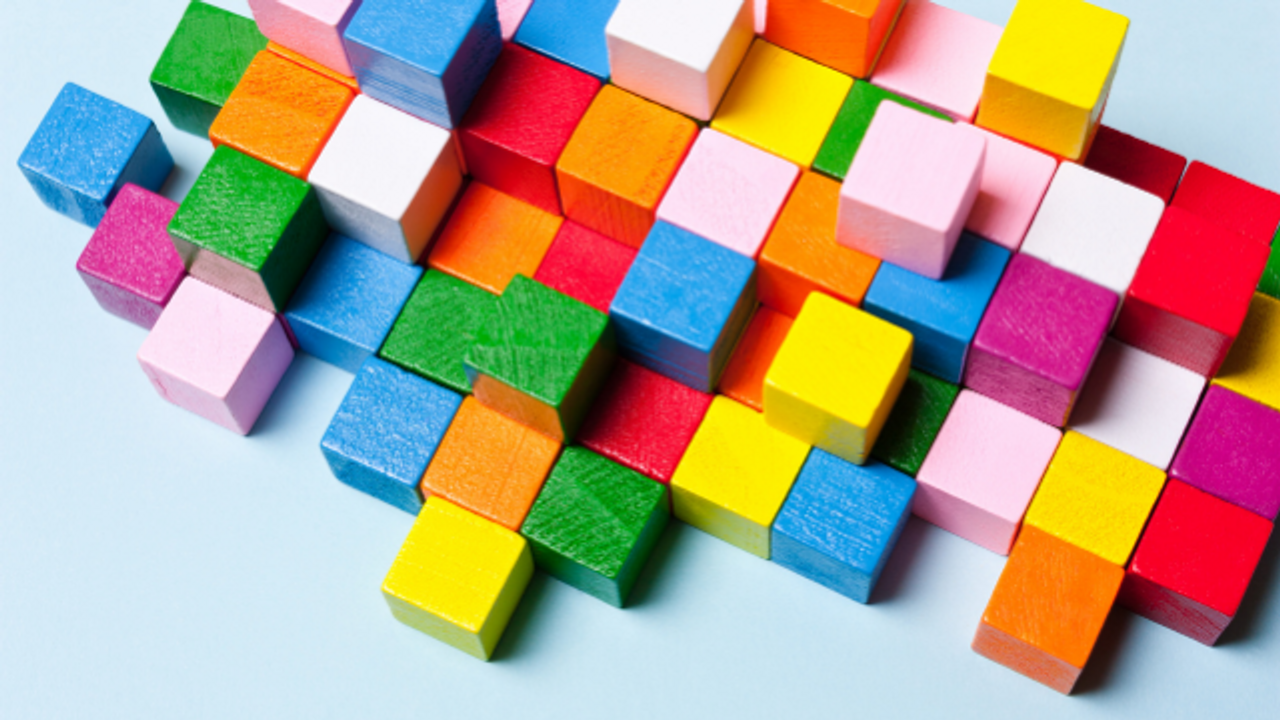 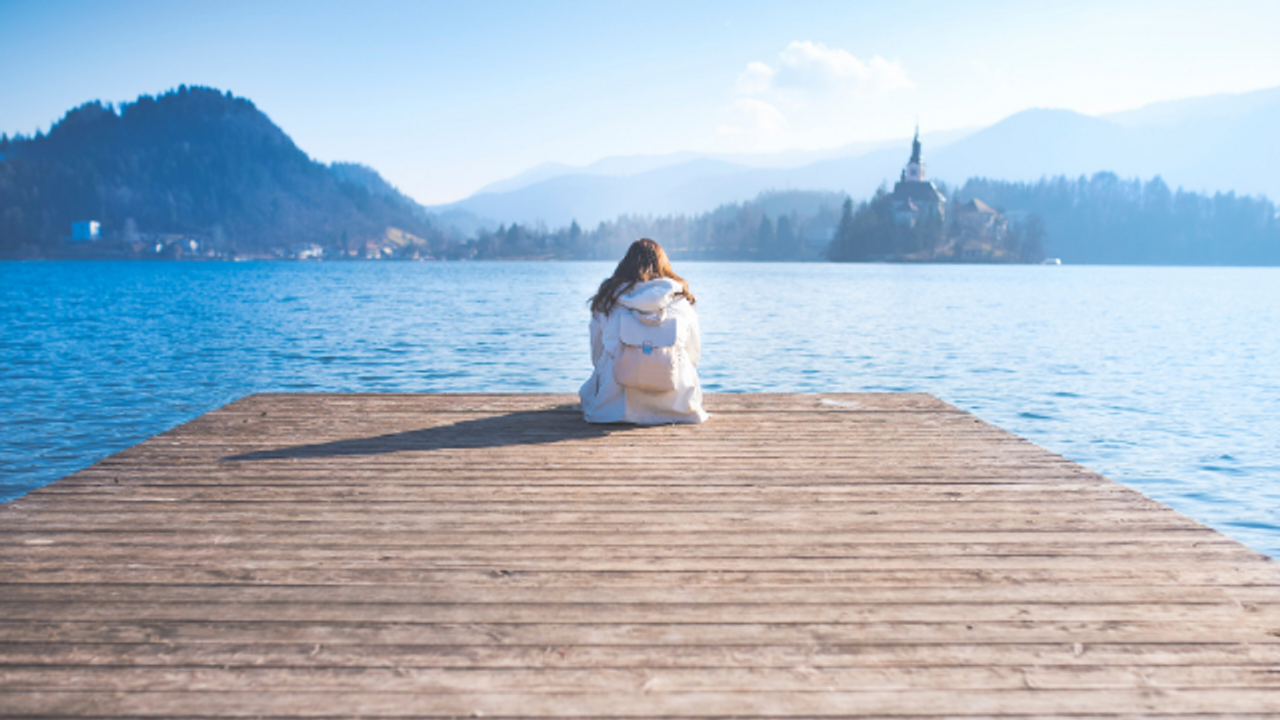 Stay up to date on all things Mindset, Leadership, Communication and Teams related. Click the Flipboard icon to follow Pete's Profile.

MISSED THE PAST WEBINARS?

Catch the replay and download the Toolkit by clicking on the Bouncing Forward Toolkit. 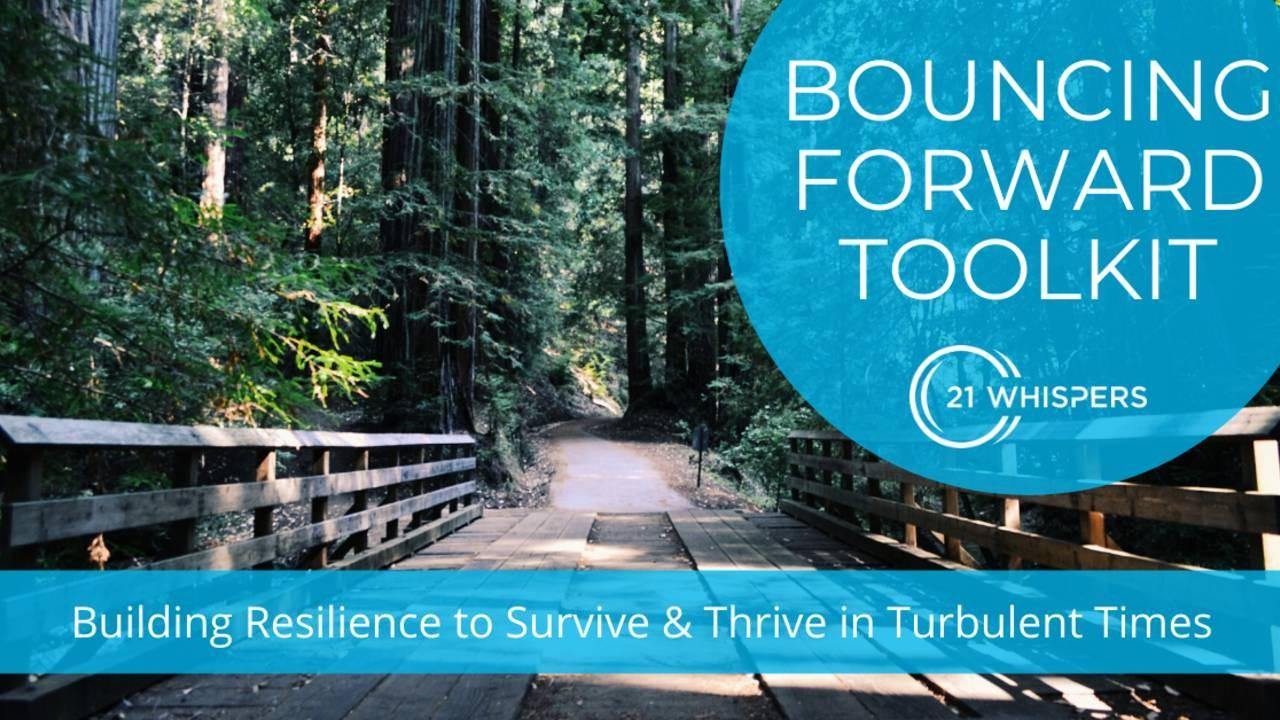 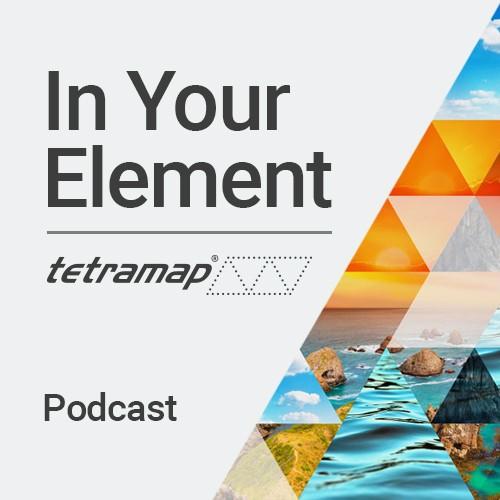 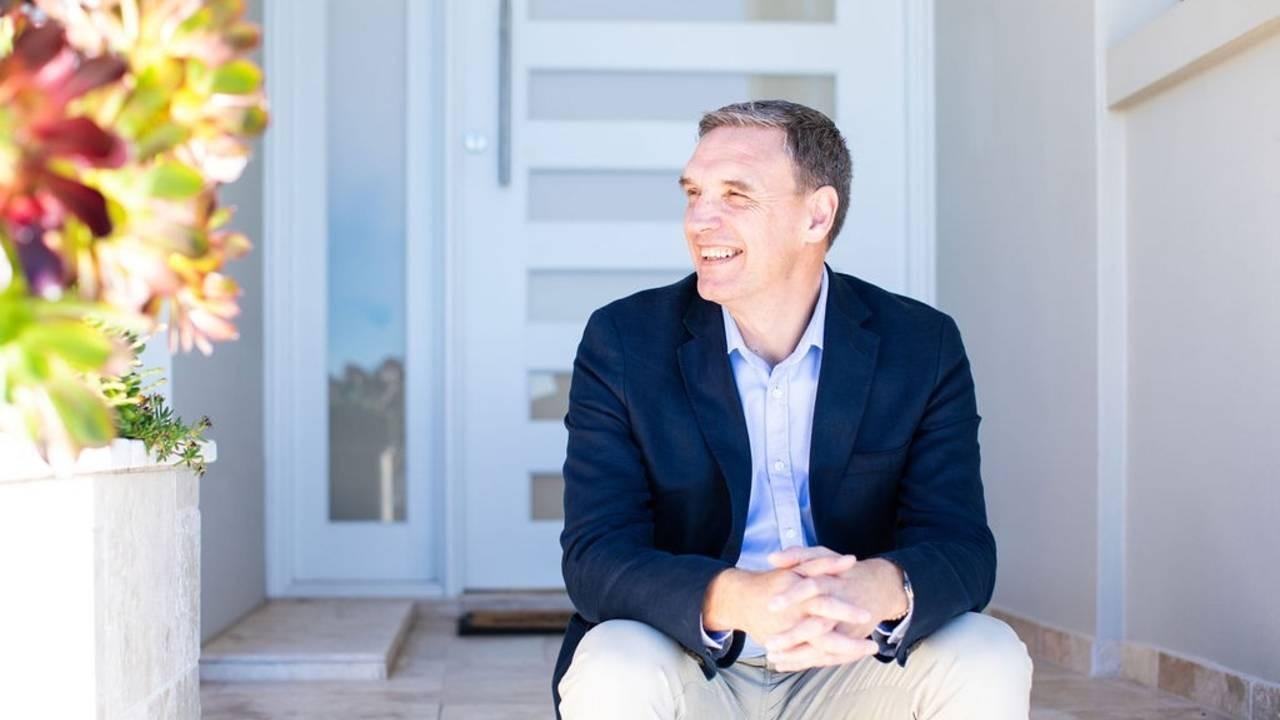